A Generation of Predators: Should a Person Be Held Accountable for Something they did 20 Years Ago? 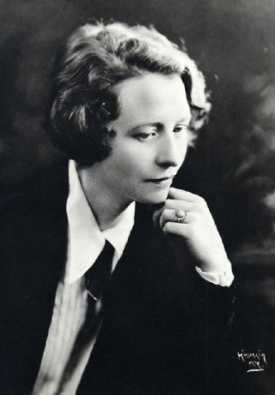 ESVM has always been an example to me for  both her words but also courage,

Normally I try to focus on fun things here at DCotU, it is my and possibly your escape form the “real life issues” But an issue that recently hit the 24 hour news cycle that I feel that I need to address, this post is not about the accusations of sexual abuse by a man in power over 3 decades ago but instead is about our reaction as the American public to it.

Recently there has been a public discussion on sexual assault surrounding the alleged sexual assault committed thirty years ago, by a man who was nominated to the supreme court. Though this dominated the 24-hour news cycle for more than a weak, the discussions that we have had about it has ben very superficial and we as a country are avoiding talking about an underlying problems with our society. I am taking a page out of Edna St Vincent Millay’s playbook and using her example with what she did with her pome Justice Denied in Massachusetts and  her amazing essay Fear, which was of course about the execution of Sacco and Vanzetti, but she consciously doesn’t use their names, so that that the issues of immigrants and justice are not marred down in the details of one case, I will not refer to the cause celeb case in the press today but instead upon on the reactions that it triggered.  I ask that response too this post not be directly related to your opinions on that case.

There has been a terrifying reaction to that afore hinted case that “The girl got what she deserved” “That all boys do it.” “That a good man should not be punished for a mistake made in his youth” I have seen memes on Facebook that have mocked sexual assault, and jokes dismissing the damage of abuse. People who pride themselves that they would never tell a joke with a sexual punchline posting comic memes about rape.

Instead of the case that is in the news this morning, I have gotten permission from a friend to tell his story. Though we have been familiar with each other for a long time, this is something that he has only confided in me recently. Twenty years ago, he was the victim of a sexual abuse. In this case the abuser was female. He had the additional issue that he felt society was telling him that he should have enjoyed the abuse. Though this incident happened two decades ago, it was his first real sexual experience and would cause intimacy issues with his spouse and his own sexual development

He buried it for twenty years, as he explained it to me it wasn’t like amnesias, it wasn’t like he had forgotten what happened, but he deliberately chose not to address it for over twenty years. When it came to him he would push out these thoughts replace them with something else, anything else.

For some reason he felt comfortable enough to share these experiences with me and has agreed to allow me to post this after viewing a rough draft.

For twenty years he lived with the guilt and the shame that someone else had attacked him. This prompted me to do some research and I was shocked to find out that it is believed that 80% of sexual assault are crimes of opportunities and not acts of a repeat sexual predator. This fact shocked me.

He said that the woman who did this to him never apparently neve did it again, if he thought she might he would have surely reported it. Both he and I had been under the mistaken impression that sexual predators are either the “Ted Bundy” type sociopaths or the “Man in the van’ stereotype.

It has been said that there is a generation of men who have committed some kind of sexual offense, and the question is “should we now hold them accountable for what they did as minors?”

Now I understand the judicial necessity for the statute of limitations and I appreciate the difficulty of investigating a cold case. So, for this discussion we need to separate legal and moral consequences.

I have another friend who has taken on the crusade of defending men who have been falsely accused of sexual crimes. I respect him and many of his statements. Of course, I do not support making up lies to harm someone. The cold reality however is, that for every one case of false reports there are hundreds if not thousands of unaddressed sexual attacks.

We Americans like out memes. They are simple they are catchy and often funny, in a picture and a quip an entire rational argument and logic can be countered. We hate to look to deeply at things, we hate to look at the root causes, we hate to admit that maybe things in our world are not perfect.  It is easier to stand behind “our politician” than have a deep conversation with possibly unsettling answers about whether a person who committed a sexual assault, be held accountable two, three or more decades later.

Again, I return to my friend who said after all these years, “All I wanted was for her to apologize and say she was sorry for all the damage that she had done to me. But, I am never going to get that.”

For someone who writes as much as I do I will admit that I think English is a rotten language for expressing things that we have not thought about or encountered before. My friend is an Atheist and much of my terminology comes from a Christian background, this created some difficulty in the discussion at first.

The only word that I could come up with is repent. He originally balked at this word because there was such a religious connotation to it. We agreed for this discussion, we would set the religious and spiritual background of the word to the side.

In this case I explained that part of the concept of repentance I was brought up with included making amends with the person who was wronged. In my friends’ case it would be willingness for his abuser  to apologize.

The damage done by rape and other forms of sexual abuse  is eternal. I understand that for the person committing the act it may seem like a case of youthful folly but to the person it is inflected on it is eternal. The damage can go one for generations and effect entire families.

Those who are calling for blanket forgiveness for people who committed sexual crimes decades old, are mainly conseritive Christians who are omitting part of their own beliefs system. So, should we forgive though who have done something years ago and want to live a normal life. The answer is only if they have” repented.”

Now remember I am using a religious word because I could not find a secular  one. Though most dominations consider that repentance primarily and act between the sinner and their God. In this discussion we are bluntly leaving the concept of God out and using the word in an entirely secular way. The offender needs to admit to themselves that they have committed something that may have decades of damaging and unforeseen consequences, and come to the person that they have hurt and ask for forgiveness and attempt to make amends.

There are some victims who may not want their abuser to ask forgiveness, and who feel they cannot forgive. THAT IS THEIR RIGHT. In no way am I am suggesting this should be used to replace  legal channels, for sexual assault cases that can still be perused by the justice system. In no way is a two-page treatiese going to solve the problems that arise by the damage done by sexual assault and abuse. To thinks so is as wrong as assuming that memes might convey clear and precise answers. There is no one right answer, but there are a lot of wrongs one. One answer could be right in one case, but wrong in another.

I am open all responses even with people who disagree with me. I only ask that we do not distract form a general problem by focusing the case du jur with its politics.

Promise next time I will get back to Sci fi, monsters and comic books, thanks for listening to me. Love you all.

6 comments on “A Generation of Predators: Should a Person Be Held Accountable for Something they did 20 Years Ago?”

This entry was posted on September 21, 2018 by davekheath in Uncategorized and tagged healing, news, rape, repentance, Sexual abuse.