We here at DCotU found this on computer, apparently written by a five-day old goat when we quickly turned out backs. Since we are simple trusting people we are printing the goat’s manifesto s we found it. Management claims no responsibility for this post, and all opinions in it our held by baby goats and not necessarily DCotU.

Hi, cyber-space humans my name is Lenny Cornflakes Busker, and I am a five-day old goat. I am in Farmer Dave’s room and he turned his back for a moment, so I thought I would type of my magnum opus. You may notice I have a lot of the spelling and grammar errors that Farmer Dave has. Well you try to write a manifesto when you don’t have fingers, but hooves, and are only five days old and a goat.

OK, So I was born five days ago, but I should have been born ten days ago. So that means that I was sitting in my mama’s belly getting big. Me and my sister, tentatively named Sister Flake, but I will explain that later, got really big and stuck inside our mommy. So, Farmer Trina had to reach in and pull us out. It wasn’t very pleasant for my mommy, but she is doing better. 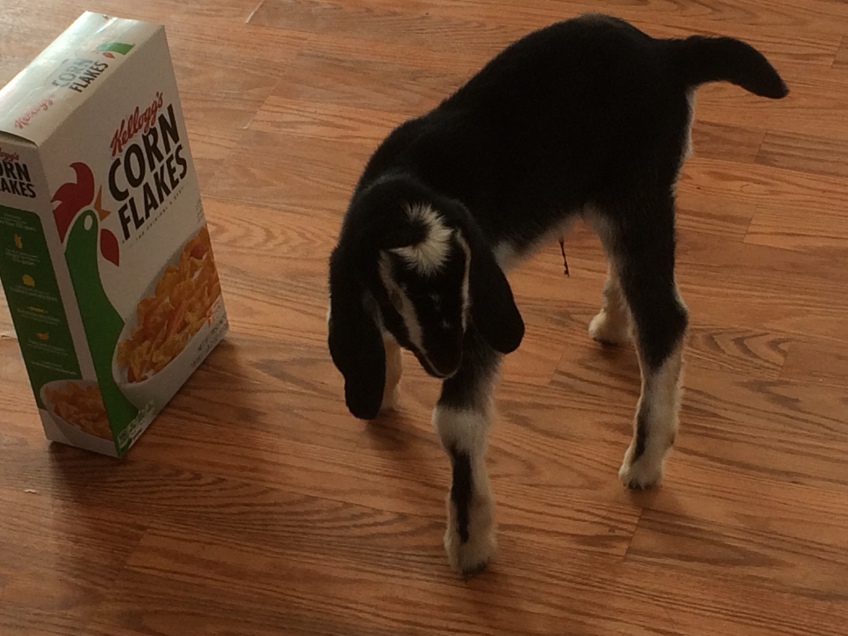 Frankly I wasn’t sure I wanted to be born. We had everything we needed in side out mommy, named Peanut. This world is so big that it is more than a little scary.  And noises this world has a lot of noises. In the womb all we ever heard was out mother’s heart. It was nice. it was peaceful but if we got any bigger we would have popped out of mommy like little chest busters. (Note goats are natural enemies of xenomorphs and we are born innate knowledge of their life cycle and evil intentions.)

It is also cold here in the big outside of mommy. I am not a huge fan of this cold thing. Farmer Dave tried to explain that the reason it is cold is that we live in a geographical coordinate called Northern Oregon. I explained to him that I have originaly asked to be assigned, to a location called Hawaii. He keeps telling me he would investigate it, but always seems to forget to. Humans are nice and all, but they get easily distracted when it comes to moving an entire heard of goats across the ocean.

So, I have a sister who is temporally named Sister Flake. Before us was born two boy cousins named Muy Macho and Muy Guapo. We were born right before Midnight on Tuesday. A few hours later our aunt goat, Beatrice had two bucks and a doe. They are tentatively called BB-1, BB-2 and BB-3. For Bea’s Baby One, Bea’s Baby Two, well you get it. 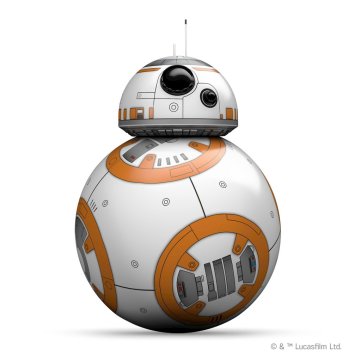 Traditionally you hold off a week or so before you give goats ‘real” names, in case, well in case we die. I know that is harsh, but sometimes goat evolution isn’t pretty. I got a real name, because Farmer Dave, really wanted to have a baby goat named Lenny Cornflakes Busker.

Lenny is a character played by Aubrey Plaza in the TV show Legion. She is the female personification of The Shadow King and trust this little goat when she says that LCB is kick ass. It is kind of my destiny to be named Cornflakes, because I have a huge white C shape on my head and a grey spot on my rump that looks like a corn flake. If you believed that a little goat is destined to fight of the xenomorph hordes and save the Earth, you might even call me the chosen one. Even if you don’t believe in the ancient prophecies, might want to start calling me the chosen one now, just so it isn’t awkward when it happens.

The other Lenny Cornflakes Busker

The great god of goats Pan kind of made evolution hash on his chosen species the goat. In ways we are pretty tough and in other ways almost anything can kill us. Hence the tradition of holding off and giving a baby goat an official name until it a week or so old. I will give you an example. Baby goats need to be feed every other hour for their first twenty-four hours. So, when me and my sister where two hours old and it was two AM in the morning, Farmer Dave came to five us our first feeding. There was a little cut in my umbilical cord, and I began to leak a little blood. It wasn’t a lot maybe a dozen drops or so, but at two in the morning and with little sleep it looked like the set of a slasher movie. Not that I, a five-day old goat would know what a slasher movie set looks like. So, Farmer Dave got his sister Farmer Trina and she took this tooth floss and tied off the cut in my umbilical cord. I was no worse the wear/ just upset it postponed my feeding.

My sister was leaking urine out her umbilical cord. She doesn’t seem effected by it. Farmer Trina called the vet who said it would probably be OK just to keep watching it.  Dang these umbilical cords. I am glad we got rid of them. Once you get out of your mommy they are more trouble than they are worth.

So, me and my sister were born around midnight, and when you are a baby goat you need to be fed every two hours, for at least the first day. So, at four in the morning he went o milk mommy and her stallmate, Beatrice and three babies. They were just there waiting for the Farmers to find them. Then like that the number of baby goats, were born this year went from four to seven.

Yesterday I encountered a Roomba. Roombas are robots that clean the floor. Normally robots and goats are mortal enemies. But, in this case I quickly realized that the robot had little or no offensive capabilities, so I soon lose interest in it and began to explore the Lazy-Boy chair. From day one goats go instinctively to the high ground.

Cornflakes versus a Roomba

So sometimes Farmer Dave will pick me up and hold me, and we will listen to music. He plays the Mountain Goats for me, because I only listen to The Mountain Goats. My favorite song is The Ultimate Jedi that Wastes all the Other Jedi and Eats their Bones. My favorite part is in the end is the when they go bones…bones…bones…bones. I also like how john Darnell use pop culture to aphorize something as scary and dreadful as death, and how he uses his little daughters voice in the lyrics to explain that life is a continuing cycle. Goats are born with a philosophical slant and a groovy sense of music.

He will pet me and hold me rightly and sometimes sing the lyrics to me. It is at those times the big cold world is no longer so big and cold.

Oh well looks like Farmer Dave wants to use his computer. I will talk to you later cyber-humans.

3 comments on “The Manifesto of a Five-Day Old Goat Named Lenny Cornflakes Busker.”